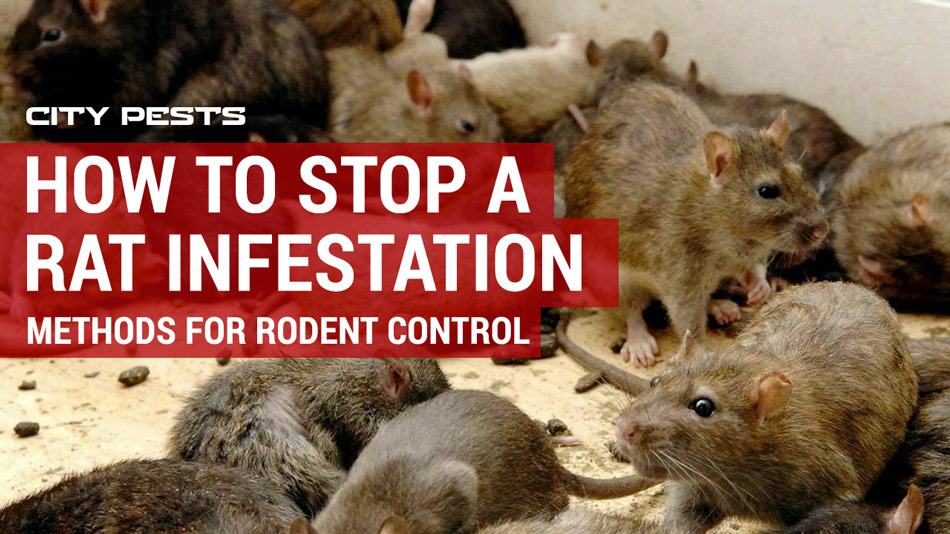 You may have noticed rat odor and fur rubbing against your walls, ceiling, and furniture, and you may have also noticed remnants of a rat nest while dismantling your firewood stack. A dog may have brought home a rat carcass from your yard, or you might have noticed fruit and nut droppings in your yard. You may have noticed rat activity along utility lines or along fences at dusk. Possibly a rat nest was hidden in a garage drawer. Your garage may have rat fur rubbing against walls, beams, and pipes. These signs of a rat infestation should prompt you to call a pest control service.

Rats are a public health issue

A study conducted in Vancouver, Canada, found that the rate of rat infestation in the city was higher than in other Canadian cities. Researchers believe the climate and abundance of resources are contributing to the infestation. Another study, conducted in the United Kingdom, found that rats are more common in dwellings with livestock or pets. Poor sanitation and unclean water are also contributing factors. Despite the fact that many people do not recognize rat infestation as a public health problem, it is a serious problem.

In addition to contaminating food and causing structural damage, rats can pose a public health issue for residents. They also spread disease and reduce the quality of life for residents. The best way to prevent rat infestation is to remove all food and garbage, and to seal up any open holes that can serve as shelters for rats. People should also clean up all weeds and debris that might attract rats, and check for cracks and holes where they could enter a building.

They spread diseases through their bite

When rats infest your home, they can carry various diseases. Salmonella and rat-bite fever are common diseases spread by rats. Salmonella can be spread through contaminated food, so it’s important to be cautious of contaminated foods. Symptoms of salmonella infection include fever, chills, abdominal cramps, and diarrhea. In addition, rats can also transmit rat-bite fever to humans, so they’re a potential health risk if you handle them.

People who are infected with this disease are most likely to be children or have a close contact with infected rats. Rat feces can carry diseases like salmonellosis. In addition to bacteria, rats also carry diseases such as plague and Colorado Tick Fever, which are spread by ticks feeding on rats. Rat-bite fever can be fatal if left untreated, and it’s often mistaken for a cold or flu virus. It’s caused by two types of bacteria that are transmitted through rat bites and scratches. Moreover, rat bites and scratches carry these bacteria, so it’s important to wash your hands often after contact with infected animals.

Rats are known to carry more than 35 diseases, and handling them can expose you to contaminants. Because rats and mice leave behind droppings, you should wear gloves to protect yourself from infection. Rat bites and scratches can cause many diseases. You may even contract rat-bite fever if you touch an infected rat’s body or eat their contaminated food. Haverhill fever is another common disease that can be contracted from rats.

They can cause serious damage to your home

While a rat infestation may be hard to notice, it can have devastating effects on your home if a large population becomes established. As a result, it’s essential to prevent an infestation at all costs. In order to avoid having a rat infestation, you’ll want to check your entire home for obvious entry points. Check around windows, vents, drains, appliance lines, and foundations to see if you can find any places rats could get into your home. Seal off any openings and use a trap to catch them if you find them.

One of the most obvious damages a rat infestation can cause to your home is the chewing of electrical wiring. Damaged wiring is often the cause of electrical fires. Therefore, a rodent infestation is a serious fire hazard. Additionally, the feces, urine, and blood of rats and mice can transmit diseases to humans. Salmonella and tapeworm are just two of the many diseases that can be spread by rodents.

Once inside your home, rats can destroy the insulation and cause significant damage. They have sharp teeth and can squeeze through even small holes, including a quarter-sized crack. They also chew through electrical wiring, which can result in fires. Damaged electrical wiring can lead to a large repair bill, and it can even start an electrical fire. Moreover, if rats get into the electrical panel, they can damage your entire electrical system.

They tend to hide in cracks and gaps

In urban environments, rats find the smallest gaps and cracks to live and breed. Their slim bodies allow them to squeeze through these gaps for as long as they need to. Rats are opportunistic and will eat almost anything that has a sweet taste or a protein content. If they can’t find the right food sources, they will rummage through your junk or garbage in search of these materials.

As rats are known carriers of several diseases, it is very important to keep them away from homes. They can squeeze through even a small space, so it’s essential to seal off your home if you want to keep them out. You can find their nests in the attics of old buildings, cabinets, and walls. They are nocturnal, so they tend to feed at night. They also tend to breed year-round, but peak in the spring and fall. Female rats produce five to eight pups a year, so it is possible to have a small number of them.

While rats are slightly larger than mice, they can easily enter your home. Mice weigh less than fifteen grams, and rats weigh approximately five pounds. They can be a problem in homes with older buildings, but they’re not too hard to prevent. By sealing up any entry points, you’ll make them less likely to find your home. And don’t forget about air vents! Despite what many people think, they should cover them with a mesh or small holes.

They are resistant to most pesticides

The resistance to most pesticides in rats has been the subject of much research over the past 30 years, with the aim of discovering the most effective treatments. In the United Kingdom, the problem has become even more acute as winter weather robs rats of their natural food supply. Using anticoagulants like warfarin or bromadiolone, which cause internal bleeding in rats, can prevent their spread. But it’s important to note that resistance to anticoagulants in rats may be genetically determined.

Although the resistance to rat poisons was first discovered in the 1950s, the problem of resistance is much more widespread now. Researchers now know that rats can become resistant to even the strongest pesticides when they develop a natural resistance. These super rats also carry a resistance gene that they pass on to their offspring. In order to prevent this from occurring, it’s vital to treat the problem with a rat-proof trap and a rat-proof bait.

To get rid of rat infestations, it’s important to eliminate all sources of water in a structure. Fix any plumbing leaks that could cut off the source of water for the rats. Avoid filling bird feeders with unsold food and storing them on pallets. Clean up any spills or crumbs. If possible, store food in containers that are rat-resistant. It’s also important to ensure that any garbage cans are plugged properly after cleaning.

In addition to their nocturnal behavior, rats are also highly sociable creatures that enjoy playing with each other in the darkness. In fact, most of the rats in your home will spend the majority of their time hunting for food and hiding from predators. Rats are also capable of communicating with each other through high-frequency calls, so if you see one, you will probably see several. Other nocturnal activities of rats include scavenging for materials for their nests, such as cardboard, wood, and soft materials.

If you notice any signs of rat activity during the day, they may be in your attic. If you notice them running around the attic, you should contact a pest control professional immediately. If you can’t see the rats in the attic, they are probably hiding there. You may be able to hear their chewing and digging, but you won’t see them until they begin to make noise.

Since rats are mostly nocturnal, they can be harder to detect than mice. Their activity is usually highest during the night and they leave their nests to feed at dusk. They are also more likely to live in a large number without attracting the attention of humans. However, they can adapt to the changes in their lifestyle rather quickly. This is why it’s so important to call a pest control expert to identify the type of infestation and get rid of it once and for all.

While rats leave a number of obvious signs of their presence, you can still suspect an infestation without seeing any dead animals. While dead rats are the most noticeable symptom of a rat infestation, you should look for grease, dirt, and droppings along their routes. Because rats gnaw incessantly, they leave evidence of their activity around a structure. When you notice any of these signs, you’ve probably got a rat infestation.

The most significant risk factor for rat infestations is the lack of awareness and communication. If you don’t take action, you risk neglecting the problem and the consequences it brings. Luckily, you can take action right now. Here’s how. The first step is to stop the spread of rats. Be sure to keep rats away from your property. They carry several pathogens that humans can contract. If you can eliminate them from the home, you’ll be one step closer to a happier, healthier life.